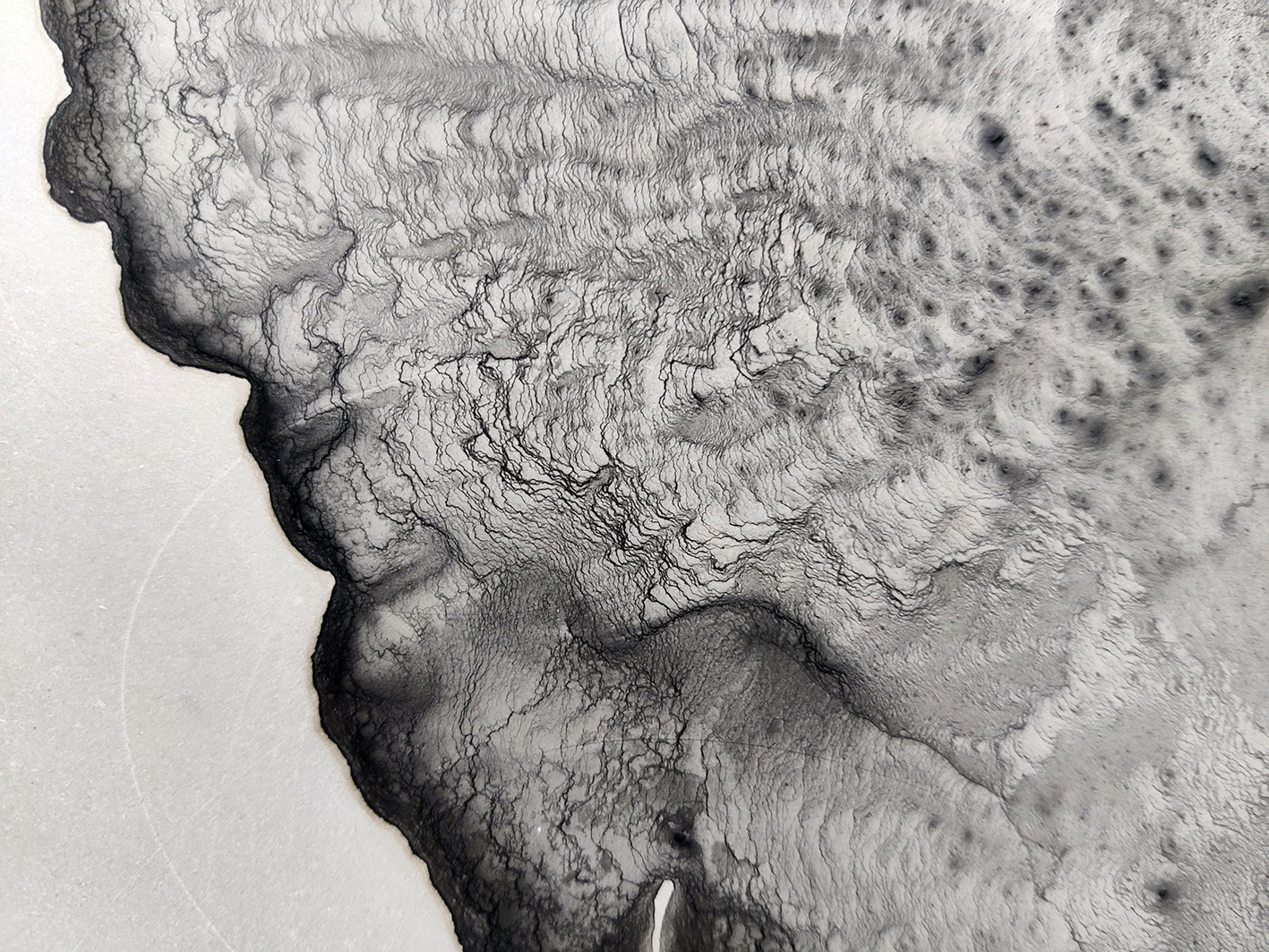 When we seek to enter into a relationship with materials and movement we allow ourselves to question what we think we already know about material properties/techniques and their behaviour. Through the making of these artworks the conditions for a new knowledge is also created and allowed to emerge.

Artworks within this project experiment with ways to articulate movement and perception. Suggesting ways of feeling and composing, using material gesture – understood via Manning as a force capable of shifting experience, and opening it on to emergent potentials

Drawing on stone as an experiment in energy and movement.

Water and tusche are dropped onto a ground lithographic stone. There is no right or wrong way to perform this gesture: each drop, each sweeping arc produces a rhythm of uncertain trajectories of grease, water and stone. Each line the tusche traces is a force of movement, expressing the interplay between different material tensions, rhythms and potentials. By slowing the rhythm of this movement in and through the water on which it moves, and altering the concentration of the tusche the grease/ water interplay creates its own gestures, overriding the human gesture that produced them.

‘matter resolves itself into numberless vibrations, all linked together in uninterrupted continuity, all bound up with each other, and traveling in every direction like shivers’

Such thinking proposes that movement of duration is expressed as rhythm, and that all matter possesses its own rhythm of duration, vibrating at frequencies above, below and between the rhythms of our own consciousness.

These multiple rhythms of duration are in turn all linked together to express our multiple differences. By imagining these differences as temporal rather than spatial our view of and our relationship to the world is transformed.

By allowing ourselves to think of matter itself as being animated by forces of creative differentiation we are able to think of all material movements as active participants extending our perception and understanding.